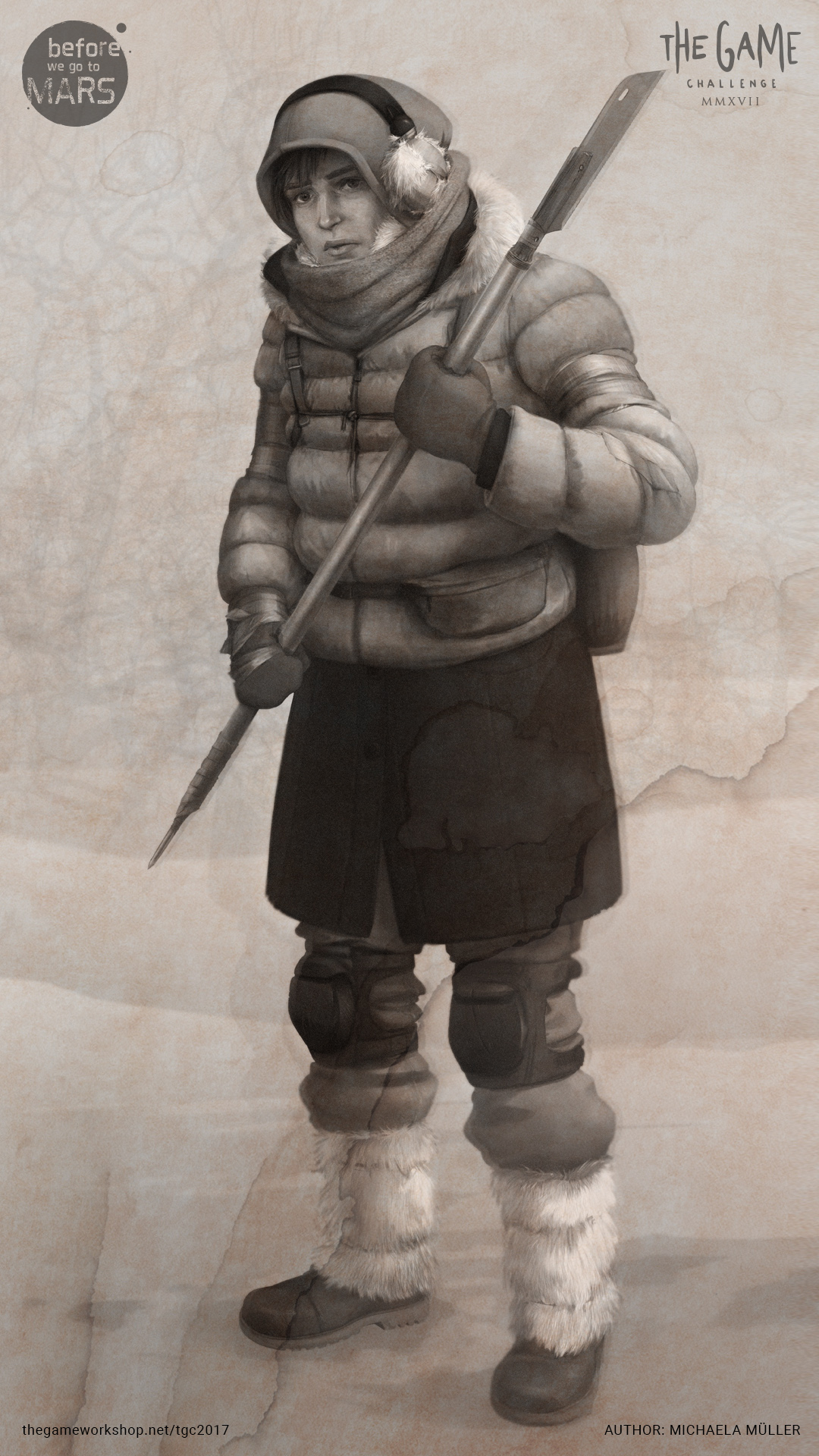 The day her world changed it happend quickly, as everyone else tried to run as they grasped what was happening, she stayed. Small, silent and listening to the horror that happend. The dark, wet basment full of pipes and cables, where she was using the washing machine, may safed her life.

Now she lives by herself, avoiding Bob’s creations, and especially other humans, as those often look like the worse thing to her. Based on the rare encounters she made since that day.
She uses several hideouts and different places to stock things she finds. She gardens in empty houses, mostly mushrooms as those don’t need light, wich would mean potential deadly exposure.
Keeping track of everything in her new realitiy helps her to stay alive, while she keeps visiting places of her old life. She feels save as long as she doesn’t have to brake her habits.

equippment:
The stick she holds is composed from a sharpend screwdriver, a pipe, a piece of wood, a saw and gaffa tape. It serves her as tool, when collecting useful things.
Gaffa tape is in use in at many of her things, like to tape fur to the headphones for better isolation and to add additional containers to her backpack.

The “photo”:
An oxidized black and white photo.
Done whith a slightly damaged lens on a handheld camera and stained due to the unprofessional use of chemicals.