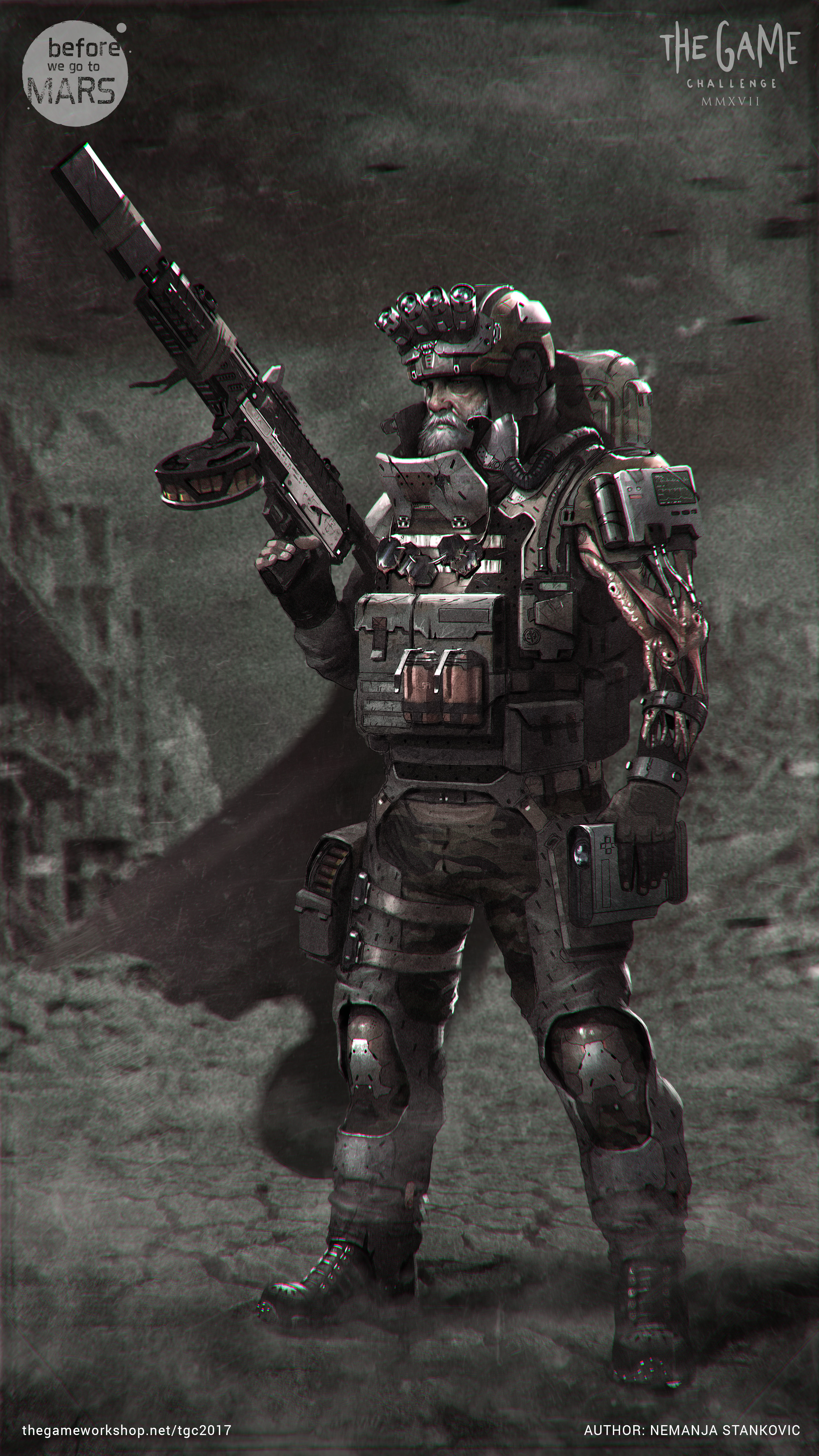 Pictured is one of the nomads, a wandering survivor warrior ex special forces he had seen some shit even before the world went sideways. Wearing modified tactical gear with underlying hazmat elements. He wears a necklace made of control chips from slain guardians. He is sporting a Fostech Origin 12 with a 30 round clip , slug ammo. The most interesting detail about him would be his missing arm that has been replace by reverse engineered super tissue. The survivor scientist figured out how to control small samples by using iron rich fluid injections and magnetic collars. The hand that is attached is actually not his but his dead friend who lost his life in the same attack that cost our protagonist his arm. The thing is he was black. So on occasion a fellow nomad will make the mistake of cracking a racist joke, only to regret it instantly as their necks go snap! The tissue saved his life on a couple of occasions as it tingled when guardians where close but on most days it just gives him nightmares and visions of the creator. 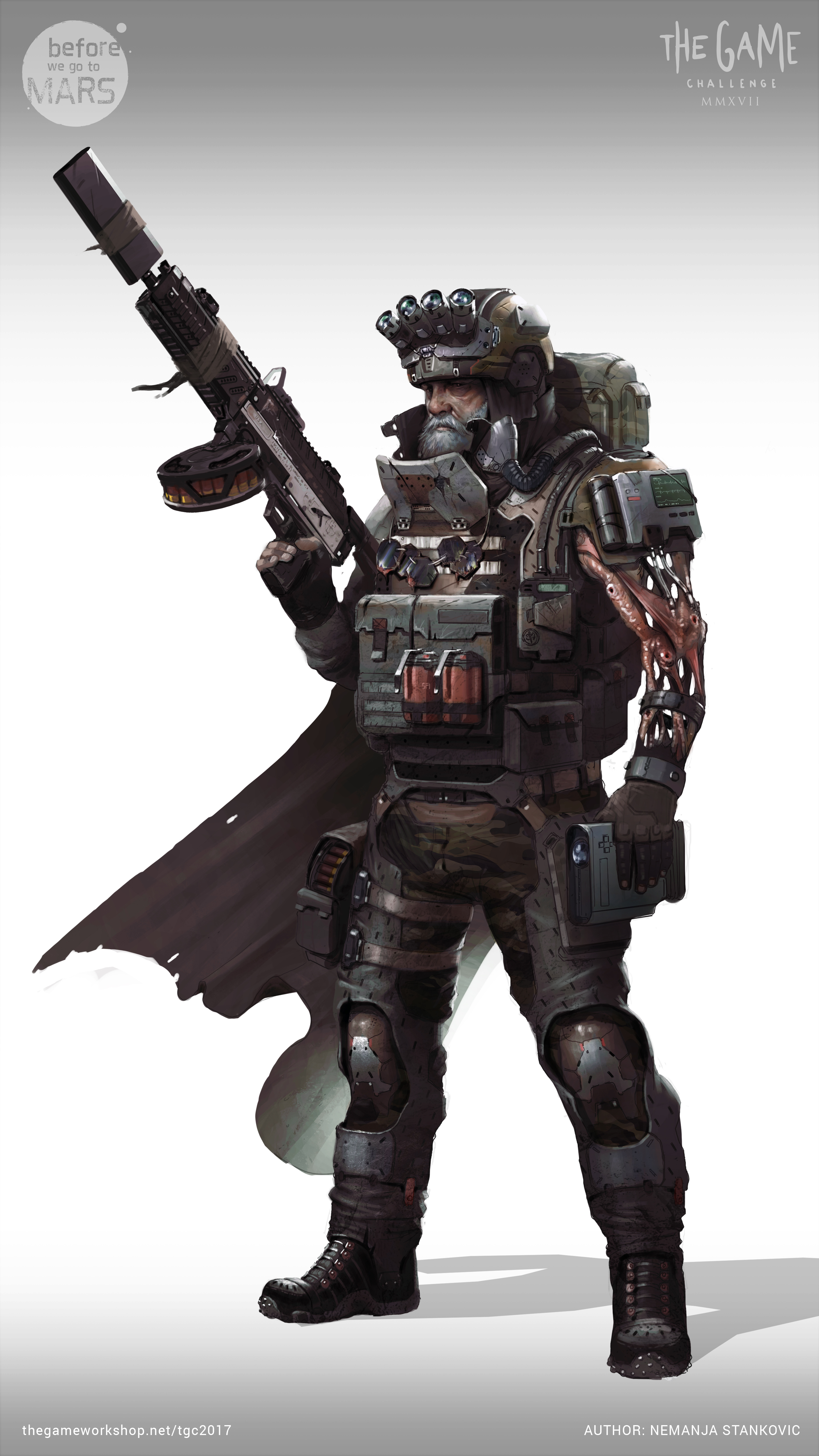