How Dr. Bob took over the city 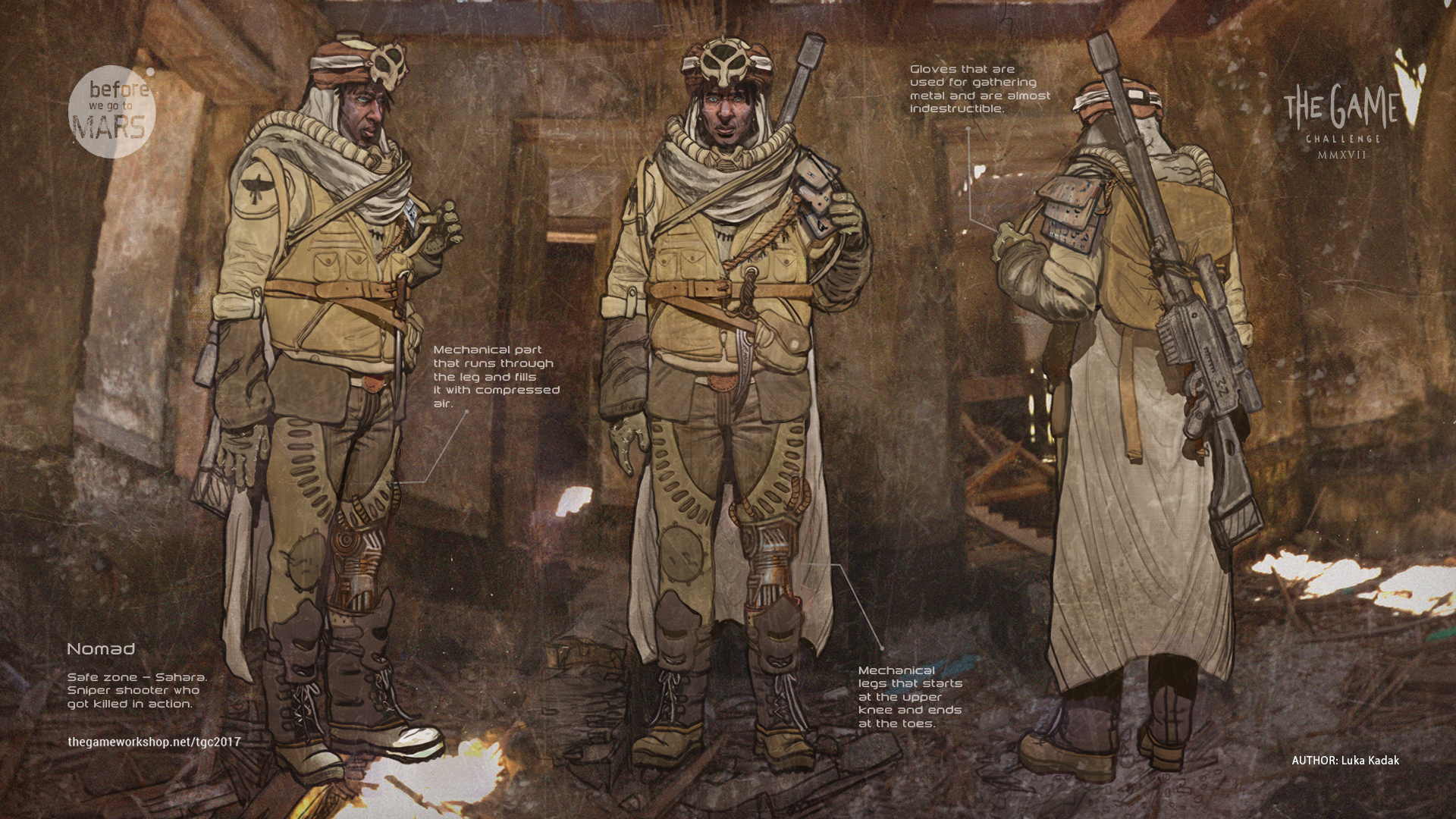 Here is my Nomad from Sahara, oasis of freedom. My Nomad was fighting Mr. Bob’s servants and lost the battle. He is an experienced soldier, a real desert wolf, who survived a lot of fights and in one of them he lost his leg and now he wears a metal prosthetic. He also wears gloves that are indestructible and uses them for collecting valuable metal parts across the desert. The mask on his head is protecting him from toxic gases. Nomad from Sahara is very good at hiding and sneaking and attacks targets with his sharp knife. Also, he’s using his sniper for long range shots. He was a sniper shooter with the highest number of hits and kept the line of fire all alone for a long time.