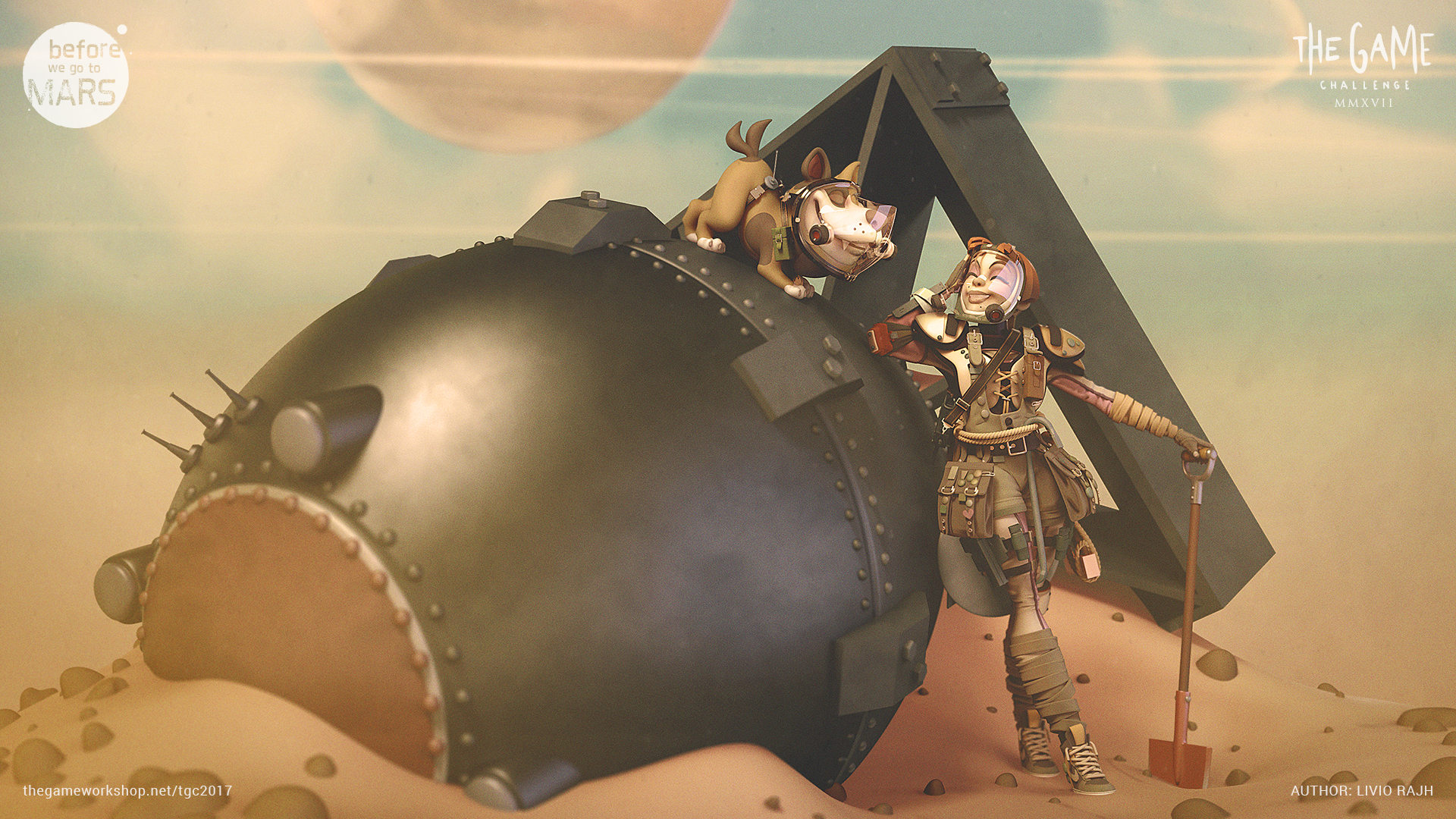 I imagined Tasha as a fearless former child-soldier turned young tradesman – a gatherer looking to trade what she finds under the rubble or in waist spaces now inhospitable to humans. As a kid, she was orphaned when a member of LRRP unit killed her father over photographic evidence that MRS exists. She ended up as a recruit in one of the youngest soldier groups. Those that survived the battles stayed close after they grew up, calling themselves The Self-mades, inclining to a detachment from the Creator. Now as Nomads they mostly make their living trading found weaponry from past wars, executing commissioned robberies and the sort. Unlike most Nomads, The Self-mades avoid violence and use weapons strictly for self-defense.

It’s the bleak vision of the future that turns away from hi-tech solutions that cannot be powered due to both monopoly of the ones that hold the power reserves and a general shortage of battery life. To help her turn profit she has Hazzard, a reliable seeker pet-dog. Together, they are saving money for a one-way ticket to Mars.

With the image “Score” I wanted to show a bit of her character. Rather than just doing a generic pose I wanted to enforce the story with an illustration, and depict Tasha on one of her “good days”. Thanks for watching!
(for more on the background story visit: https://thegameworkshop.net/tgc2017/)