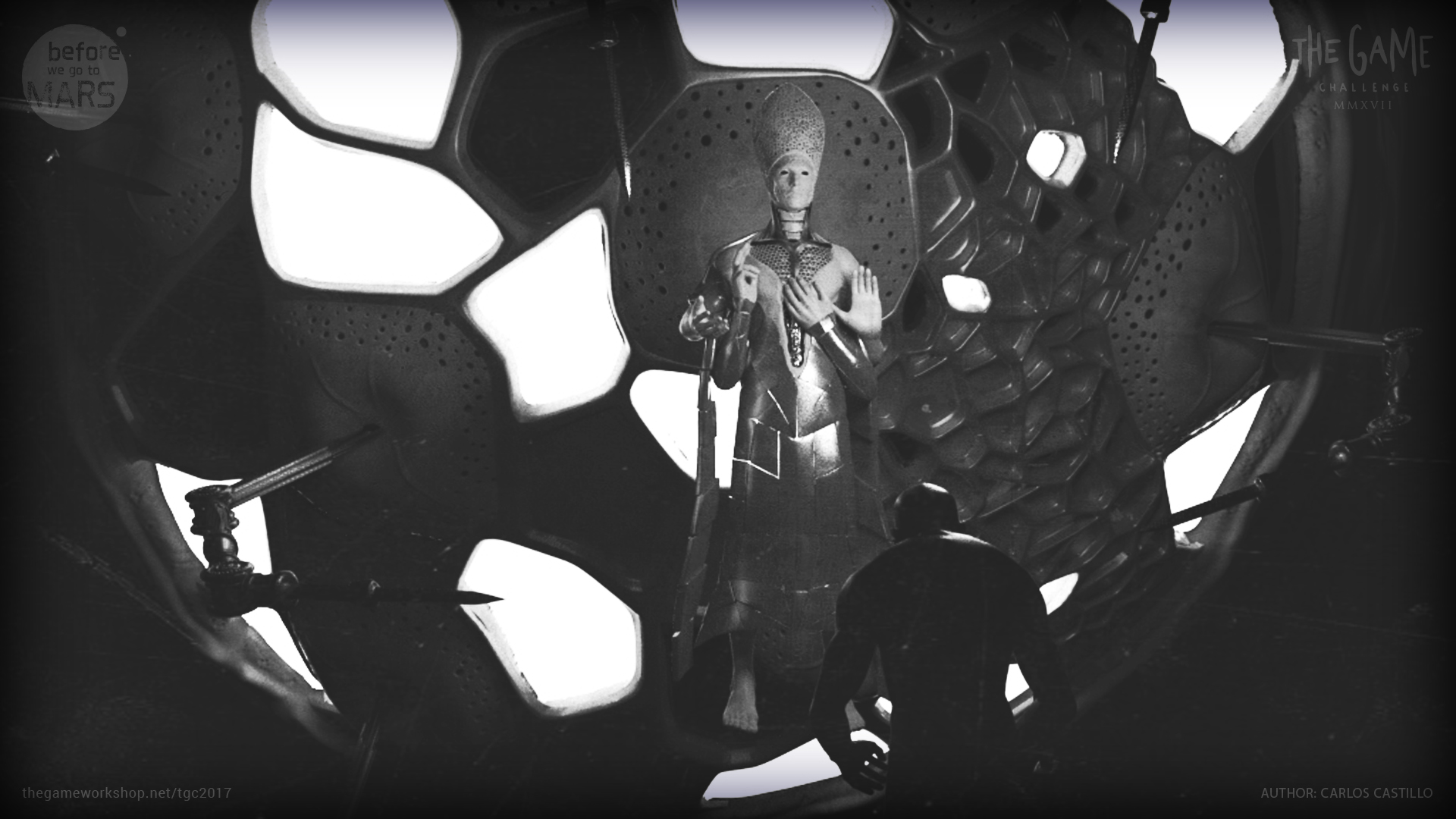 The Creator has made a physical form for himself based on the history of humanity before his time that he obtained form the internet. He learned that through out history humans followed celestial/omnipotent beings and their rulings without question. He also learned that these gods had self proclaimed representatives on earth that even though they showed no connection to the gods, they had a huge amount of power and control over the gods’ followers and the decisions that change the course of human history on earth.

The Creator decided to make his physical form resemble those gods and religious figures in order to convince the surviving humans that he is bigger than life, that way the humans would be easier to control.

In my image I wanted to show the encounter between a surviving human and the Creator. The Creator’s body was design to resemble a celestial beings and its attached to a machine that was created by generative design and covered with super tissue.